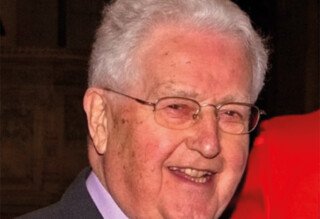 Ray Woodfield was born in Leicestershire in 1931. At the age of 11 he became a member of a brass band to learn to play cornet. Two years later his interest and enthusiasm for the clarinet and the saxophone grew. He played both instruments in a local dance band. At the age of 15 he moved to the Royal Marines Band Service, where he also played the violin and hoped to travel to many countries with the band.

In 1959 he was the bandmaster of the band of Her Majesty's Royal Marines on the HMS Ark Royal, which he left one year later to study conducting at the Royal Academy of Music in London. During this time, he won the coveted Ricordi Prize. In 1963 he was elected music director. He remained in this office for 10 years.

In 1973 he became principal of a music school in Yorkshire. As a conductor and musician, he played in the not unknown The James Shepherd Versatile Brass Ensemble. He traveled to Switzerland for the first time with the ensemble, where he also met Obrasso.

Today he mainly devotes himself to composing and arranging. As a freelancer he works for Obrasso and various bands, including the US Merchant Marine Academy in New York.

from Zorba The Greek 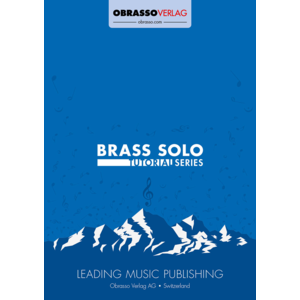 The Best of Ennio Morricone