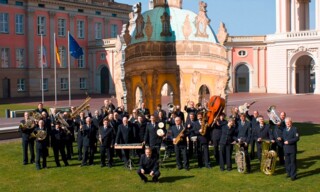 The Brandenburg State Police Orchestra (LPO) has developed into a modern, versatile entertainment orchestra while maintaining the tradition of Prussian wind music. The repertoire ranges from great original wind symphonic works to operas, operettas and musicals to cross-over projects from pop, rock and jazz.

The LPO makes a not insignificant contribution to the public relations work of the police and the state of Brandenburg. It supports police prevention work, plays at public concerts in the state's concert halls as well as at official events of the police, the state parliament and the state government. Open-air events or concerts in public places are also not foreign words for the popular and valued ensemble.

Every year the more than 40-strong orchestra including its chamber music ensembles under the direction of Christian Köhler, as one of the leading professional wind orchestras in the Federal Republic of Germany, performs well over 200 concerts in the country and beyond its borders.

The LPO is based in Potsdam. Of course, it is an institution for all Brandenburgers - regardless of age and regardless of where they live - and therefore just as present in all parts of the country as it is in the capital.

Wind music has a history of more than 500 years on Prussian soil - it has to be cultivated, promoted and further developed at the highest possible level. 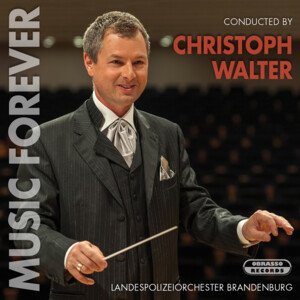